Sale
N scale
Zoom the image with the mouse 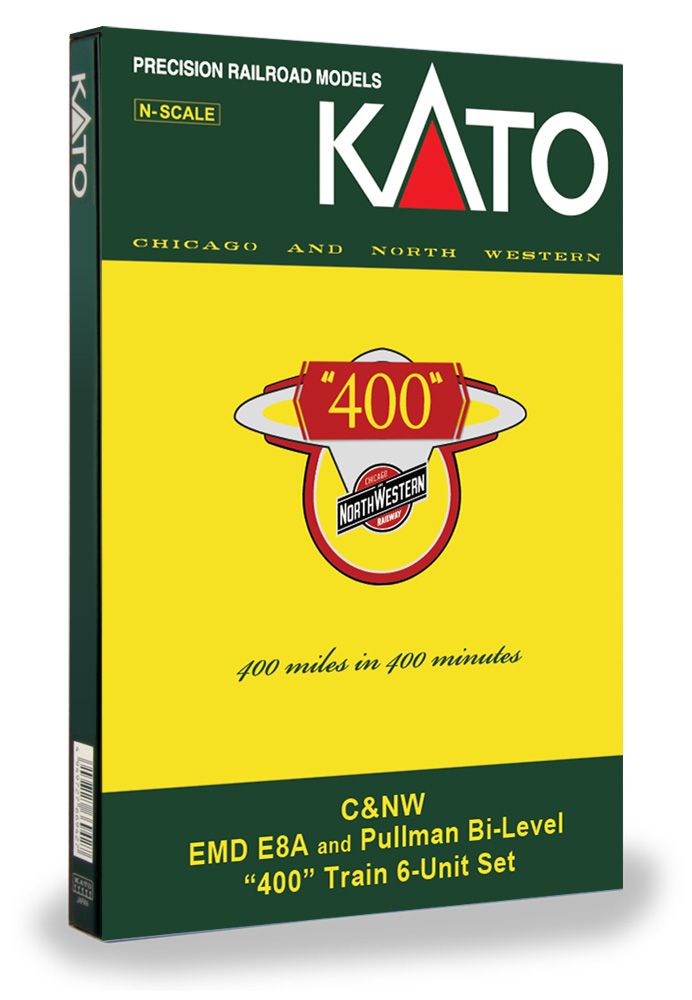 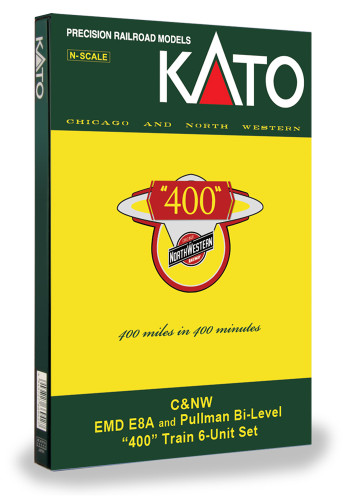 The Chicago & North Western 400 Series Trains were named for the concept of a 400 mile trip in 400 minutes, with one of the most well-known examples being the Twin Cities 400 between Chicago and Minneapolis/St. Paul. Beginning with the 'Flambeau 400' and the 'Peninsula 400' trains in 1958, the C&NW began utilizing Pullman’s then-new gallery Bi-Level cars on these mid-distance trains. At the time, these two 400 trains were the only place these new cars were being used, utilizing the car’s unique designs to provide higher rider capacity without sacrificing comfort and superior elevated-viewing positions for those riders lucky enough to be on the upper level.

In addition to the standard Bi-level coaches, these two '400' trains also included a special Bi-Level Parlor Car and a Coach-Buffet Car to distinguish their service level from regular Chicago & North Western commuter trains and meet the rider’s needs on the longer distance trips, providing additional comforts and snack services that were key to making every one of those 400 minutes as pleasing as possible

Kato's Chicago & Northwestern N scale ‘400’ comes packaged in an elegant bookcase style box with special artwork.  Contained within the bookcase are a specially painted E8A locomotive, meant to imitate the specific appearance of C&NW's E8's from the 60's, and the special consist of cars consisting of brand new tooling Pullman Bi-Level cars, never before made by Kato in N scale!

Each of the cars in the ‘400’ Train Set is a brand-new tooling production for Kato USA in N scale, with the Buffet car being unique to this set.  C&NW's Pullman Bi-Level cars are a classic design that has informed later generation cars such as those Nippon Sharyo Bi-levels that are used by several cities around the USA for Commuter service including Chicago Metra, Virginia Railway Express, and Caltrain.

In addition to the classic Green and Yellow, another distinctive coloring feature of the C&NW Bi-Levels which carried on even to modern Metra cars were the green tinted windows - for the better part of half a century Chicago area commuters have grown accustomed to the tinge of green overlaying the surrounding scenery when riding on their trains!